Law360 (October 5, 2021, 4:55 PM EDT) — The Judicial Panel on Multidistrict Litigation denied Geico‘s bid to centralize five suits stemming from the insurer’s data breach and suggested the parties informally coordinate, handing a win to a proposed class of California Geico policyholders that was the lone holdout against centralization. 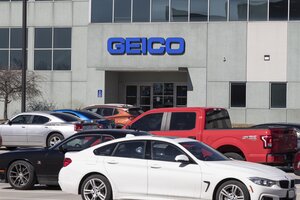 The panel on Monday denied the insurer’s request to have the five proposed class actions centralized in the Eastern District of New York, where three of the cases have been filed, or alternatively, in the District of Maryland, where Geico is headquartered.

The fact that there were only five cases and that no other related matters had been brought before the court meant that centralization was not necessary, the JPML said.

“Where only a minimal number of actions is involved, the proponent of centralization bears a heavier burden to demonstrate that centralization is appropriate … defendant has failed to meet that burden here,” the panel said, referring to Geico.

Because of the small number of cases, informal coordination among the parties and courts “appears eminently feasible,” the panel added.

Geico is facing five proposed class actions across the country, all stemming from a data breach in which attackers used illegally obtained personal data to gain unauthorized access to the insurer’s online sales system between January and March. Geico announced the data breach in April; according to the insurer, about 150,000 individuals were affected.

Alexander Mirvis, Betty Butler and Lainie Froehlich filed the first proposed class action on April 21 in the Eastern District of New York, claiming that Geico and its parent company, Berkshire Hathaway Inc., could have prevented the data breach through basic security measures, authentications and training.

Two other lawsuits were filed in the district by Raquel Brody and Michael Viscardi, with all New York cases before U.S. District Judge Kiyo A. Matsumoto. The suit in the District of Maryland was filed by Ryant Connelly and Belen Perez. California couple Mark Edward Vennerholm and Reanna Ann Vennerholm filed the California action.

Geico moved in July to centralize the five suits, saying it would reduce costs and prevent inconsistent pretrial rulings. The insurer suggested New York as the preferred location, saying that was where the majority of the lawsuits are pending. Additionally, about 85% of the affected individuals were in New York, Geico said.

Geico also suggested Maryland as an alternative location. As the district is Geico’s principal place of business, databases, witnesses and other important information are likely to be located there, easing the process of litigation, the insurer said.

The Vennerholm plaintiffs had claimed that their case alleges a claim against Geico under the California Consumer Privacy Act, which does not have comparable statutes in other states. Under the state law, the California plaintiffs can assert damages against Geico if they can show they provided the insurer written notice of its violation of the law and that the insurer failed to rectify the violation within 30 days of the notice.

Because this claim is not common to the other cases, centralization would not be suitable, Michael Murphy, counsel for the Vennerholms, told the JPML Thursday. Murphy also added that if the current judge in the California case, U.S. District Court Judge Gonzalo Curiel, retains the case, the California plaintiffs would agree to amend their complaint to remove national claims and allege only California claims and a California class.

The panel’s judges had expressed skepticism that centralization was suitable for the cases during oral arguments held by videoconference Thursday, with Judge Catherine Perry noting that there were only three districts involved in the case.

Tina Wolfson, counsel for Viscardi, told the panel that the different plaintiffs had already attempted to work out a plan for informal coordination but that they had failed to reach a consensus.

Marc Held, counsel for the Butler, Mirvis and Froehlich plaintiffs, told Law360 he was pleased with the court’s decision, saying that it is in his clients’ best interests for their case to remain in the Eastern District of New York.

Representatives of the rest of the parties did not respond to requests for comment.

The Connelly and Perez plaintiffs are represented by Michelle Drake of Berger Montague PC.

The Viscardi plaintiffs are represented by Tina Wolfson of Ahdoot & Wolfson PC.

The Butler, Mirvis and Froehlich plaintiffs are represented by Marc. J. Held and Philip Hines of Held & Hines LLP.

The Brody plaintiffs are represented by Melissa Emert and Gary Graifman of Kantrowitz Goldhamer & Graifman.

The case is In re: Geico Customer Data Security Breach Litigation, case number 3013, in the U.S. Judicial Panel on Multidistrict Litigation.

For a reprint of this article, please contact reprints@law360.com.

Review Us on Google

We appreciate your feedback from the hard work we perform for our clients. Show us your support! Drop us a few lines on your experience with Held & Hines, LLP:   Brooklyn Office | Manhattan Office